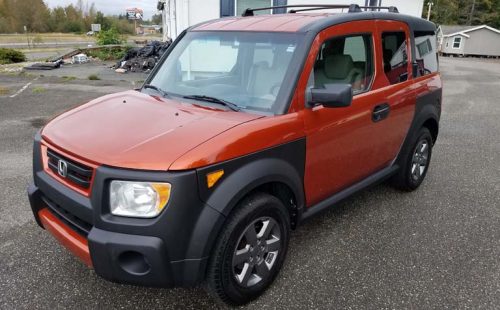 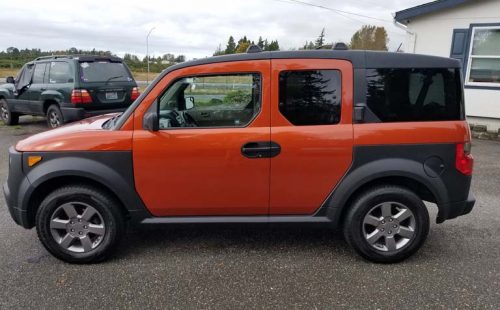 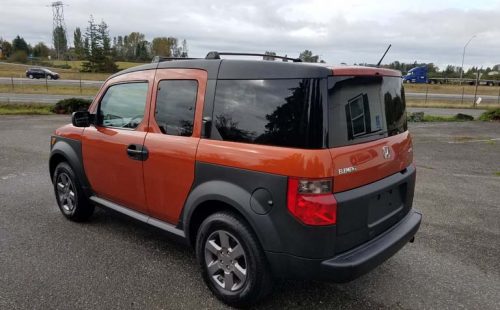 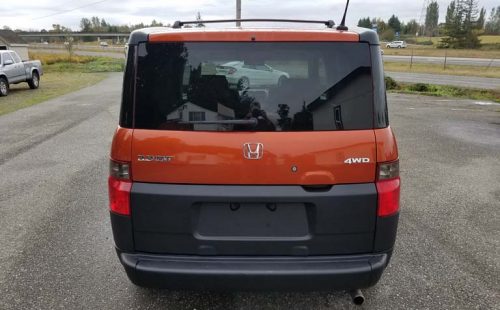 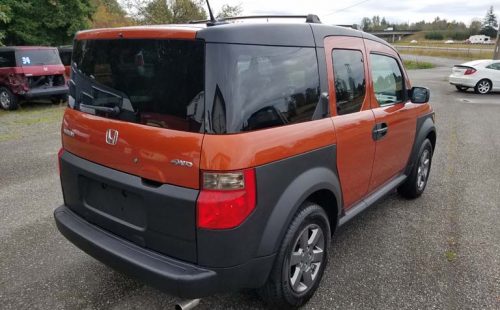 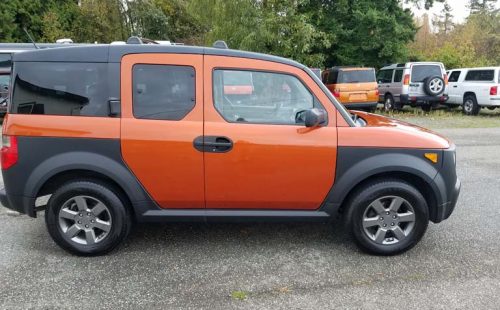 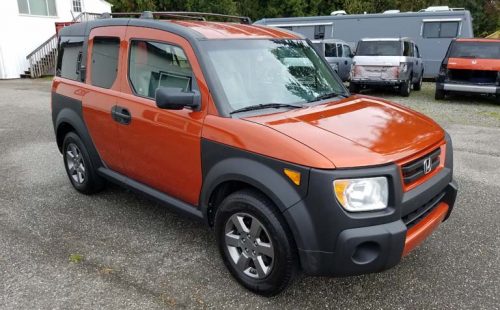 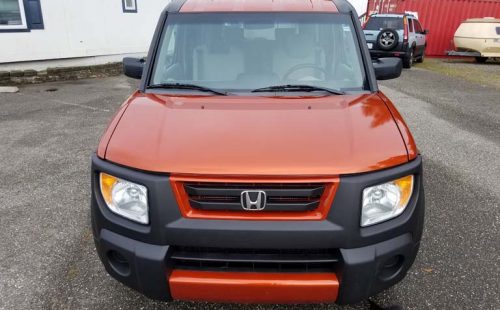 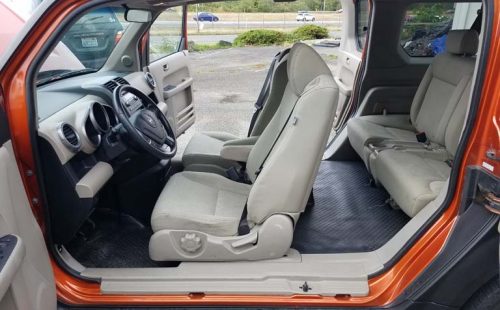 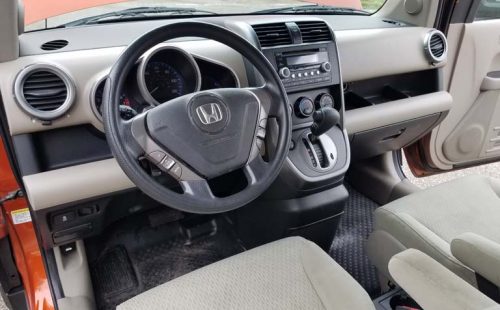 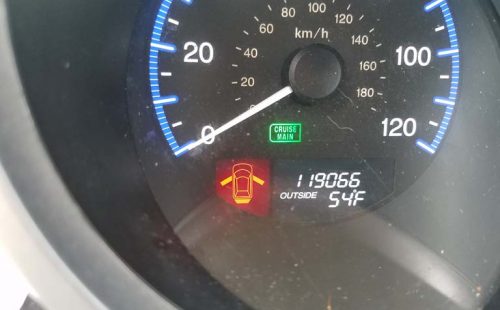 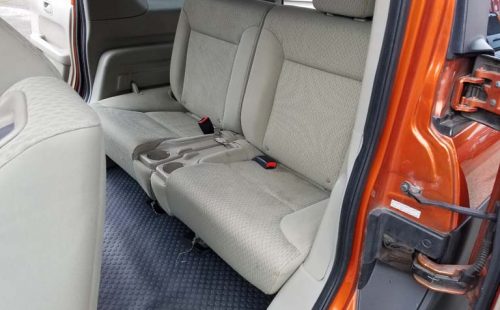 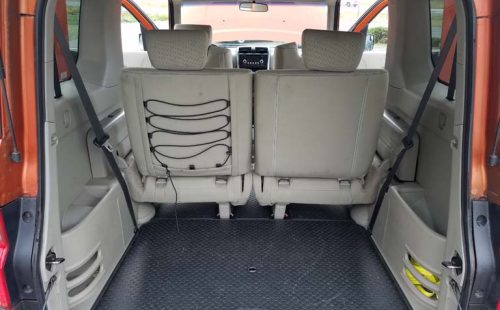 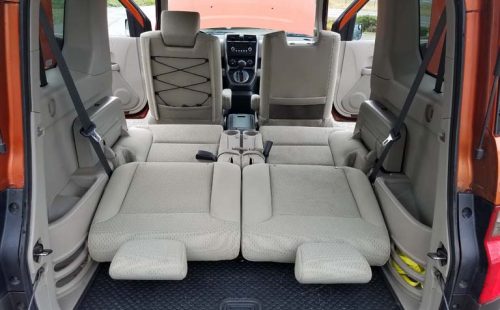 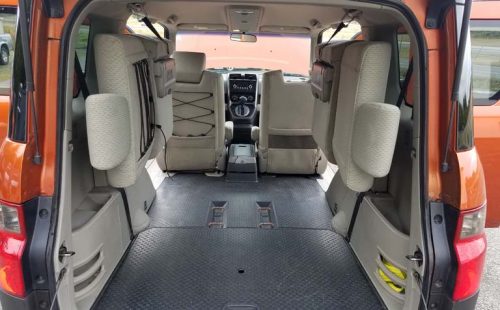 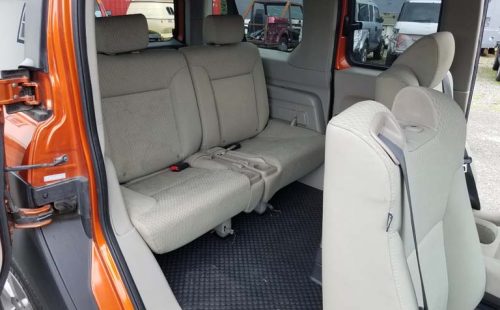 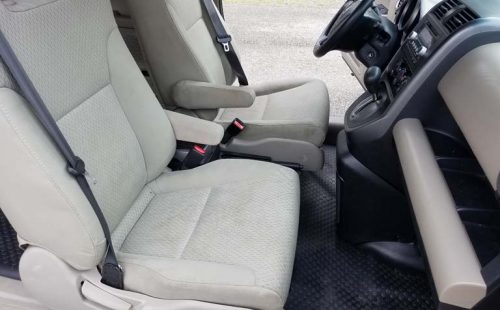 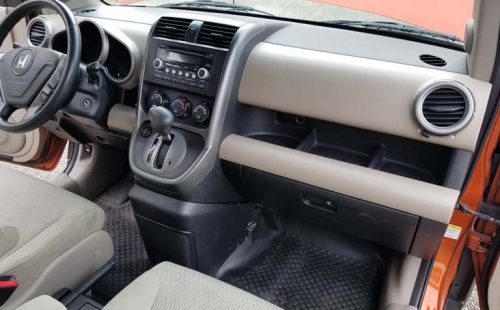 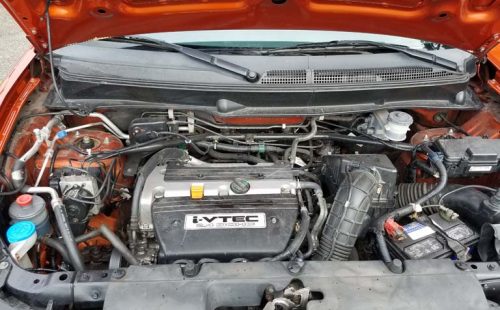 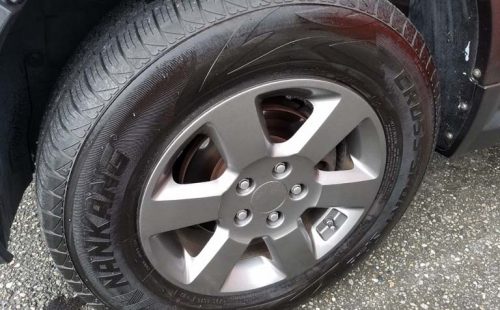 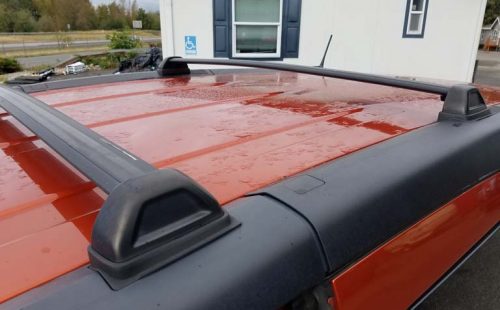 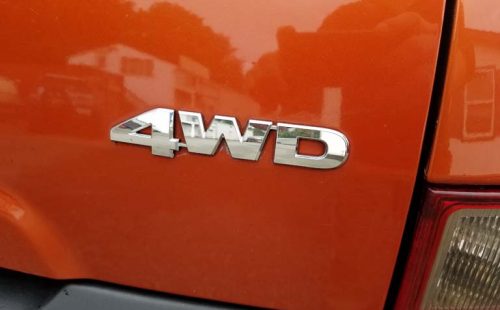 SOLD...
One of a kind 2009 all wheel drive Honda Element in citrus fire metallic. This is a low mile 2009 model, made to look like an early Element. I have spent a ton of time on this car and it looks and drives like new. The body and paint are perfect and the interior is almost as nice. I have restored and sold over one hundred Honda Element and I know exactly how to recondition these cars. I personally have almost 1000 miles behind the wheel of this Element and it is in perfect mechanical condition. The 2009 and later models are a big improvement over the early cars when it comes to refinement. They are much quieter on road, the seats are better and the seatbelts are built into the seat instead of being on the back door. They have side curtain airbags and get a little better gas mileage on the highway due to a newer 5 speed automatic transmission. Furthermore the late model Elements are somewhat rare cars. Honda only produced 15,000 of these each year 2009, 2010, and 2011. Whereas in 2011 Honda sold 221,000 Civics. This is one of the reasons Honda canceled the Element, it was a cool car, but the numbers just didn't make it worth their time.
I am asking $7900 for this Element. This is the kind of car that you will never ever sell. Why spend more on something that is just going to need to be replaced every few years. Spend under eight grand on a vehicle that is cool, reliable, and can do just about everything.
Remote power locks, power windows, all wheel drive, automatic transmission, cruise control, A/C, sub woofer, roof rack. Factory mats available, tow hitch available, fog lights available.